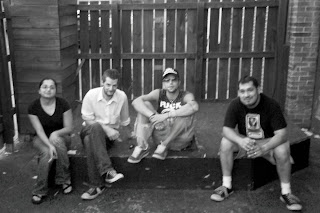 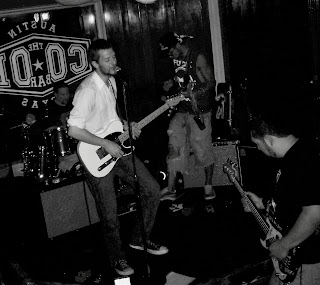 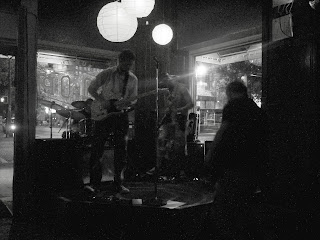 Well, Eric's other band, Operation Moon Pie Face Destroy, played on Saturday night at The Co-Op Bar down on Sixth Street (Eric is also the lead singer of the band that I play in, The Mono Ensemble). They played an 8:00 'til 10:00 slot at the Co-Op, and then they were slated to play a midnight 'til 2:00 slot at the Red Eyed Fly later that same night. Reed Shaw, our drummer from Mono, filled in for Michael on drums during the Co-Op slot because Michael couldn't get off work. Eric on lead guitar and vocals, Kevyn on space guitar, and Jesse on bass. Here are a few shots from the Co-Op set. They sounded really good. I didn't make it to the Red Eyed Fly set. Past my bed time.