Friday night I went to see Thank You for Smoking at the Alamo with Kim and Jennifer. They seemed nonplussed (and Jennifer was downright disappointed), but after having already perused a fairly negative April 18th review by Crackbass on Nanostalgia, my expectations were pretty low, and I ended up enjoying the movie (funny how a negative review ended up helping me to enjoy the movie more than I might have otherwise). I think that some of the reasons Crackbass didn't like the movie were some of the same reasons I liked it. Crackbass didn't think the movie emphasized the harmful effects of tobacco enough, but I was glad that I didn't have to sit there and get beat over the head with an anti-tobacco campaign for 2 hours. Crackbass thought they should have spent more time explaining why someone would choose to be a tobacco lobbyist, but I found it kind of refreshing that the main character didn't spend the whole movie agonizing over his chosen career. The guy was a lobbyist who was earning a lot of money advocating for a product which is legally sold and distributed in our country. The guy was a smoker (or at least he was through the first half of the movie), and he seemed to think his strongest professional skill was in making arguments.
Anyway, I think Crackbass was looking for a movie with a morality tale regarding the evils of the tobacco industry, but instead he got a morality tale about the hypocrisy of a country which refuses to simply outlaw cigarettes, but which then demonizes the people who provide the supply for our country's demand (although the movie was savvy and self aware enough not to go so far as to try to garner pity for the main character- he is of course working for an industry which contributes to the death of millions). Arguments regarding addiction aside, smoking is ultimately a choice that people make, and I think that the outrage expressed toward the cigarette industry is spawned largely by the guilt of a country which can't seem to give up a habit that we know is killing us. The guilty pleasure is trumping logic. The main protagonist in this movie just seemed to be able to simultaneously understand the ideas that 1) smoking is bad for people and 2) that people have the right to enjoy and indulge in something which is likely to ultimately hurt them. There are arguments to be made about marketing schemes used by big tobacco and teen smoking and so forth, but nowadays cigarette companies have mostly admitted that their products are harmful and have gone so far as to sponsor anti-smoking campaigns. At what point is the burden of responsibility going to actually be shifted to the consumers? Because as long as cigarette companies are still allowed to sell their products and amke a profit, they're going to continue to do so and to have spokespeople to help them with their considerable image problems.... 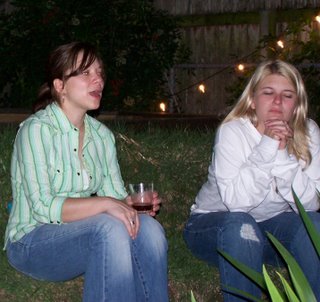 Annyhoo, after the movie I caught up with the Wilsons and Feral Andy and Elf Rami for some cocktails by the pond. It was good to see them, and we hung out and waited for storms to arrive until I couldn't stay awake anymore and gave up (the storms didn't show up until like 3:00 a.m., I guess).

Saturday I took Cassidy to the Barton Springs spillover. Cassidy loves the water and other dogs, and it was about the greatest thing in the world for her. She swam and I swam and then we went home after an hour or so.
At home, I got a call from Crackbass and wandered over to his house. His pops, Genghis Don, was at the house, and they were drinking beer, which was a plan I could get onboard with. 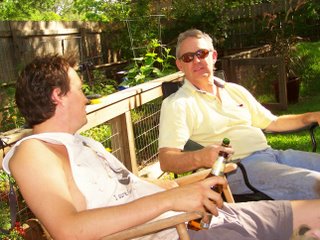 So we sat out back and drank beers and flipped through a music catalogue, ogling the guitars, and then talked about music, airplane companies with corporate jets, the oil industry, and the usefulness of barbecue chimneys. Later, The Pea and Jajuan returned from the weiner dog races in Buda and there was delicious barbecue with mashed potatoes and some kind of bacon-flavored brussel sprouts. 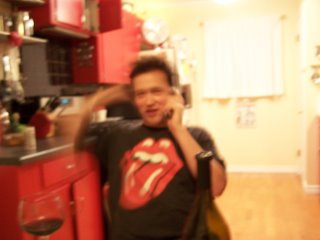 Later, after Don and Jajuan had made their exit we called up Ellie "The Gamler" Gamble to try to entice her into joining us for some drinking and game-playing tomfoolery, but she declined. Mostly because she hates us. 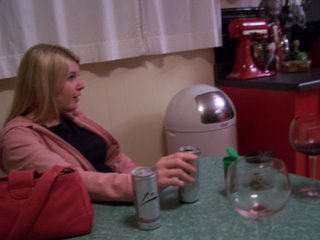 Shortly after our Ellie rejection, the conversation took a few turns and The Pea learned that Beck is a Scientologist.

Having dropped this headscratcher on The Pea, I headed for home.... 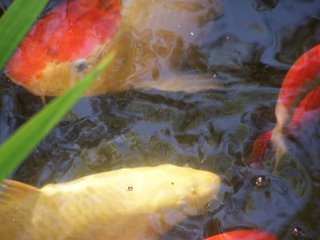 But some of the Dad bonding moments were great!
"Dad, what is it that makes our country the greatest country in the world?"
"Our system of endless appeals."