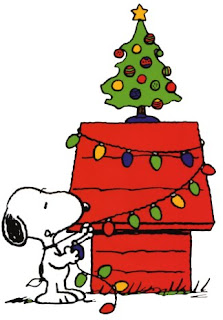 Well, I don't really send out Christmas cards or letters, so I thought I'd post something that takes a stab at some sort of brief summary of my year here on ye olde blog.
2010 has been a pretty darn good year, all in all. I mean, there were a few hiccups in there (among other things, I'm looking at you, Longhorn football program), but on the whole, I would have to say that the good far outweighed the bad,
The year started off with the arrival of Miles Bloom, which really got things going with a bang. I'm happy to report almost a year later that Miles is still enjoying his rock and roll lifestyle and taking the world by storm. In fact, in February Miles is kicking off his first world tour- taking Kim and Sigmund to New Zealand for his first taste of international adventure. Anyway, the arrival of Miles and adjustment to life with Team Bloom as a three man unit was definitely one of the hallmark events of 2010.
February didn't have a whole lot going on for me, personally. I know that I was working with the Veterans Intervention Project and various courthouse people toward the establishment of the Travis County Veterans Docket. Don't really know what else I was up to in February.
In March I went to a really cool Flaming Lips concert with Ryan at the Austin Music Hall. It was a great shown where I heard some great music and ran into some courthouse friends. It's still pretty vivid in my mind. Had a fun time with Roundball.
In March I did SXSW with Ryan and had a birthday party at my house that Ryan, Jamie, and friends threw for me. Both events were really fun. More importantly, in March my cousin, Ciara, was officially adopted by my cousin, Susan. It was a big change not only for Susan, but for the whole family! It's been really great to have Ciara join us, and we all really love having her in the clan!
In April I celebrated Easter with my family, did some recording work with my newly purchased Macbook (bought in March or April- I'm not sure), and watched with no small amount of dread as the Deepwater Horizon suffered a catastrophic failure, killing eleven rig workers and starting to spew massive amounts of oil into the Gulf of Mexico. Arrgh. On a more positive note, I joined Mom and Dad for Art City, and we had a really fun day of looking at art and having lunch downtown.
In May I went to a party/cookout at Matt and Nicole's place and started my yearly Barton Springs rituals of swimming, sunbathing, and taking Cassidy to the spillover.
In June I went to see the old Batman movie with Ryan and Jamie at the Paramount, which included an appearance by our original small and big screen Batman, Adam West. It was really fun, especially given how much Ryan and I had watched the old Batman show in reruns when we were kids. I also sort of started a much needed break from blogging in June. I think it was a good thing. Helped keep me from burning out.
In July I didn't post very much. I know that I went over to Ryan and Jamie's place to celebrate the 4th, and I went to the Advanced Criminal Law seminar down at a hotel/resort down in San Antonio (which was a pretty good time). In the middle of the summer Ryan and I (and sometimes Jamie) were also doing a pretty good job of attending various classic movies and film noir flicks at both The Paramount (summer classic films) and The Alamo. Sometimes Jamie joined and sometimes our friend, Simon, but we had a lot of fun.
August also didn't involve much blogging. The most important thing that happened in August (by far) was that I got to know Amy better and we started dating. I had met her earlier in the summer while she was interning for the Mental Health Public Defender's Office, but in August we actually started going out. August was a really good month. :-)
In September... I'm not sure what happened in September. I was dating Amy and probably closely watching the UT football program to see if we were going to be any good. I think I was also working pretty steadily at writing/recording music around this time. 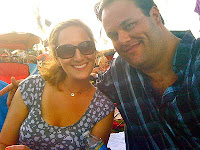 In October I went to ACL Fest with Amy and had a really great time. I was really happy to find out that she was a big ol' music fan like me. It was a fun, relaxed ACL Fest where we heard a lot of good tunes and really enjoyed hanging out together.
In October I also took a work trip to New York City with some colleagues from work where we sort of toured the mental health courts in several of the boroughs and got to ask a lot of questions about how their criminal justice mental health program worked. The trip was both informative and entertaining. I heard some good music, ate some good food, and saw an awful lot of New York City, given that it was really just a three day trip. I also went to see UT get beaten by Baylor in October with Amy and her mom. The company was great, but the game was awful. I saw UT lose to UCLA (with Mom and Dad), Baylor (Amy and her madre), and A&M (with Reed) at home this year, and although I have fond memories of hanging out with people at each game, I'm working hard to suppress my memories of the massacres that happened on the field.
In November I went to the Gypsy Picnic with Amy (well, we went and left- it was too crowded), went to Comic Con with Ryan (we met up with Jackbart), went to Wolf Parade with Amy (at La Zona Rosa- really good show!), and celebrated Thanksgiving with the Steans and McBride clans (and with Reed- we went to the aforementioned UT/A&M game). At work we started up our new Veterans Docket in November on the day before Veterans Day. November was muy bueno.
We're still in December, but it's been going well so far, too. Amy and I had a really fun trip to New Orleans once Amy finished up her semester, and we also went downtown to sing Christmas carols and watch the lighting of the Christmas tree on the steps of the capitol.
In addition to all of the stuff I've mentioned, I also had good band practices with both Mono Ensemble and Crack throughout the year, ate a lot of great meals with family and friends, and saw some enjoyable movies, both good and bad.
All in all, it's been a really good year! I feel really fortunate to have Amy, my family, and my friends in my life. You guys make it worth living!
That's about it, I guess.
Not the most earth shattering news letter, but at least I took a crack at it this year!
Hope all of you guys have a great Christmas and a happy New Year! Drop me a line if you get the chance!

Yay, I'm glad you wrote a Christmas blog letter -- and that you have returned to blogging in general! :) You already know how much I love reading about myself but reading about our (mis)adventures together is all the better.

;-) Well, you're great to adventure with!