Well, despite some mixed feelings about it, I kind of wanted to go see the X-Files movie this weekend, but the reviews for it have been pretty shakey, at best (only 29% of the critics on Rotten Tomatoes have been giving it favorable reviews at the time of this posting). Now I'm starting to think that my time might be better spent at Barton Springs or on the greenbelt, and I can just catch the X-files movie when it comes out on video.

In other critically important news, British scientists are conducting DNA analysis on hairs that supposedly come from an Indian yeti (that's abominable snowman, for those of you who don't spend your time on late night cryptozoology shows). The Indian version of the yeti is known as mande barung, or "forest man", and so far ape experts are saying that the examined hairs bear a striking similarity to hairs collected by Sir Edmund Hillary, a famous expeditionary climber of Mount Everest. Furthermore, scientists have excluded Asiatic black bear, wild boar, and various types of monkeys as being the source of the recovered hairs. Scientists speculate that the hairs might come from some new type of primate, even if they're not from an actual yeti, but let's be honest- we're all hoping for a yeti. It may be important to note that scientists are analyizing this new yeti hair right on the heels of the Blooms' recent trip to India. I don't want to jump the gun, but I may have a picture of their mysterious mande barung right here... 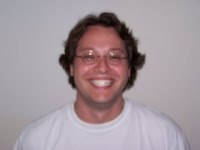 Let's see.... what else?
Next week I'm scheduled to be attending the Texas State Bar's Advanced Criminal Law Course down in beautiful San Antonio, Texas. Should be somewhat entertaining and fairly informative. I've been to this thing before as a defense attorney, but I'm sort of curious to attend it as a prosecutor and see how much of the material is still helpful and relevant from a state's perspective (it seemed sort of geared toward defense attorneys when I attended it previously).
Anyhoo, if the blogging is light or nonexistent for much of next week, you kids will know that I haven't forgotten about you and that Steanso still loves you (but who knows- I may end up taking my laptop and blogging, anyway).

Happy birthday to Nicole this weekend (her actual birthday is on Sunday). Nicole is a friend of the Steans clan who lived with Ryan and Jamie for, like, um, I'm going to say nine months before moving out at the beginning of the summer. Nicole is pretty fun and interesting and willing to put up with a surprising amount of tomfoolery (which helps in dating Matt Mangum). Many happy returns, Nicole!!

To end the week on a downer---
For those of you who know Sarah Lavender, her mother passed away suddenly this past week at ehr home in Dallas. From what Sarah emailed, it sounded like she had an undiagnosed heart condition (dilated cardiomyopathy) and passed away in her sleep.
Very sad, and a complete shock.
KP

Mr. Bloom can not confirm or disconfirm his status as the Indian yeti.

- The office of Sigmund Bloom

Well, the descriptions of a hairy, wild-eyed creature crazily running through the forest certainly sounded like Sigmund...

Thanks for coming out Friday evening for BBQ! We'll have to meet up again when you return from San Antonio. I'll eat a pancake for you tomorrow morning at Threadgills : )