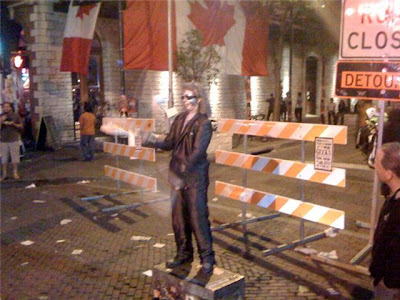 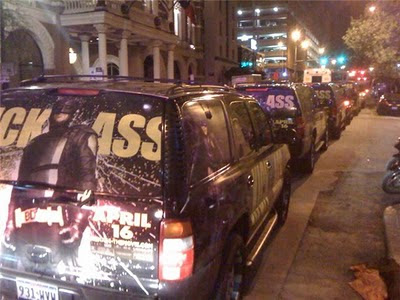 The studio that made Kickass was totally pimping it. Here are like 6 or 7 SUVs lined up that all were covered with ads for the movie. Saw lots of posters for it, too. 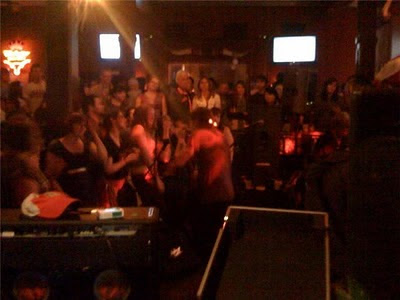 Empires. I think they were from Chicago. 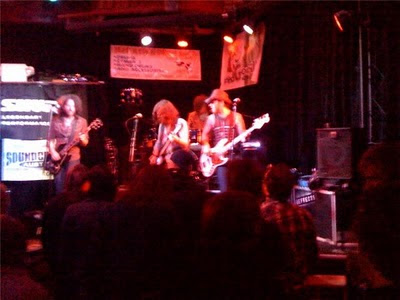 The Effects. Pretty good. From Nashville, I think. 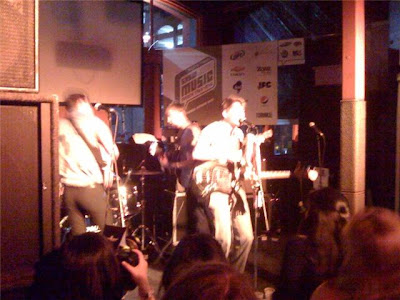 The Crooks. They said they were from England. 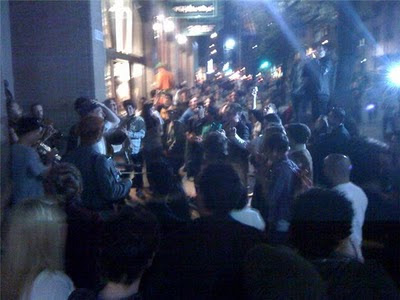 Here's some sort of gypsy band that just played out on the street. They were pretty good, and they drew a surprisingly big crowd. 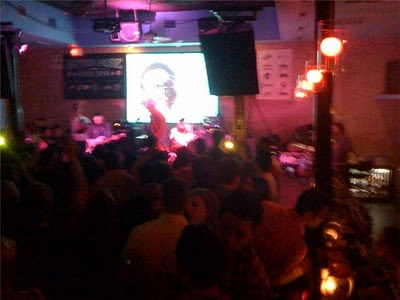 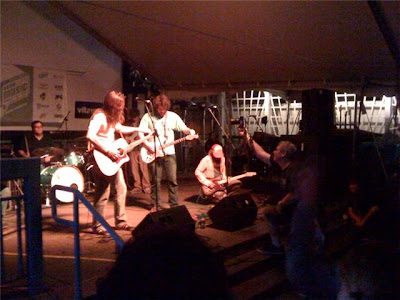 Futurebirds on the roof at Maggie Mae's. I think they said they were from Athens. 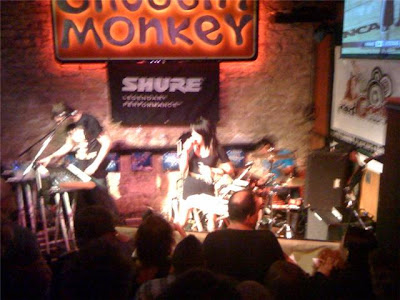 Electric Valentine (from LA)
Hey! A friend at work gave me a South by Southwest wristband for my birthday (I know- how cool is that?!), so last night I went down to 6th Street/Red River area to see some music! It had been years since I went to see any music during SXSW, but I really had a good time. I generally employed the ol' Jeff Wilson strategy of trying to keep moving, trying to soak in as many new bands as possible. I saw quite a few bands. I don't really remember the names of all of them (and a few I didn't even bother to figure out), but there were some good ones in there (or at least they put on good live shows- you gotta keep in mind that it's usually pretty hard to make out some little details, like lyrics, when you see a band live for the first time). Some of the interesting acts included The Mynabirds (who had a sort of alt/country/rock thing going on. The woman who sang for them was sort of in the tradition of a Patti Griffin or someone like that, but they had a trumpet player in the mix, and were definitely doing their own thing. I think they said they were from Nebraska or something), Honey and Salt (kind of a nerdy prog rock type of band from Austin), Futurebirds (a pretty fun country/rock band from Athens, GA, who had good three part harmonies and members who were fond of trading off on the drums and other instruments with each other), Electric Valentine (a sort of techno rock band from LA who had a high energy show that drew a big crowd), The Crooks (they were an upbeat, poppish rock band from the UK), Master Shortie (a pretty good hip hop/techno/rock band from London), and The Effects (who were pretty good and just ol' fashioned rock and roll- seemed like they would have fit right into the movie Almost Famous). I also saw a band called The Lifeline who were okay, but then they started playing covers of Smashing Pumpkins songs. Who does that at SXSW?
Anyway, I had a good time! It's been a while since I cruised around and listened to lots of bands at SXSW. It's a fun experience to be part of. Always makes me happy to be in Austin to see people from all over the place coming here because of a love of live music! (I even met a couple of folks from Finland, which was pretty cool- my grandparents on my mom's side are from there, so I'm half Finnish)
Posted by J.S. at 9:48 AM