Friday I went to see Iron Man with Ryan and Jamie. It was really good. I mean, it's not exactly Citizen Kane, but it's a very enjoyable superhero movie. Robert Downey Jr. does a really good job of playing Tony Stark, and the cast, on the whole, turn in strong performances (Terrance Howard, Gwyneth Paltrow, Jeff Bridges). The special effects seem more believable than the cartoonish computer graphic work appearing in a lot of movies lately (although this is probably because it's easier for computers to render inorganic objects like an Iron Man suit than flesh and blood objects like monsters, dinosaurs, and people), and the action scenes are very cool. Mostly the movie is a little more interesting than some of the superhero stories we've seen lately just because the main character is a bit older, and although he's going through a process of seeking redemption, he's not some teenaged kid who's still trying to figure out who and what he is. Tony Stark already has the confidence and skill of an extraordinarily talented engineer and businessman, but the film is about a time period in his life when he decides that he wants his legacy to be about more than being a simple weapons manufacturer. Anyway, as a person who's had his own reasons to seek redemption, Robert Downey Jr. brings both humor and believability to the role.
On the whole, Iron Man easily falls within my top five superhero movies of all time. Go check it out.
Saturday I went to Barton Spring during the day. Ryan and Jamie came down there with me, and Matt and Nicole showed up later. It was kind of cool and breezey, so I didn't feel that hot, but I managed to pick up a bit of a sunburn, nonetheless. A very nice day to be outside. 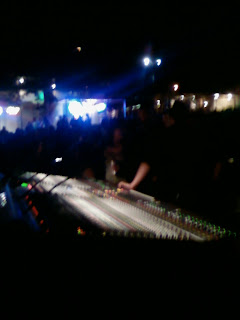 Saturday night I went to see The Raconteurs at Stubb's. They were really, really good. They just rock really hard. You can hear a combination of influences churning around in their songs (everything from Led Zeppelin to more country/bluegrass stuff), but most all of their songs have a sort of launchpad energy (each one launching you into the next) that makes for a great live show. They've got a bunch of great instrumentalists, and two amazing singers in Brendan Benson and Jack White. As I watched them I couldn't help but feel that this is a band that people are going to be talking about for a very long time, and it was nice to see them live just as they're really hitting their stride.
Anyway, I was originally going to see this show with Team Bloom and Eric Gottula, but they all ended up dropping out, so I ended up seeing it with Stephanie Gottula and Reed. Thanks for coming out, Stephanie and Reed! I thought it was a really fun show. For those of you who didn't make it, be sure to catch these guys at ACL. I bet they put on a better show than some of the headliners. 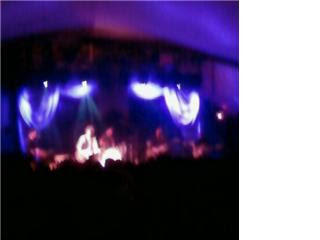 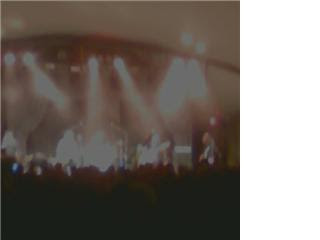 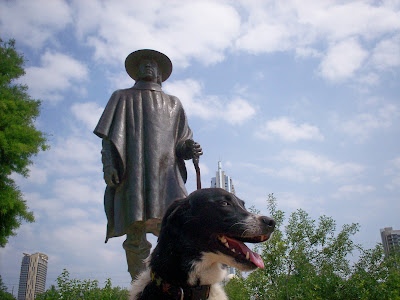 And here's Cassidy from a trip down to Auditorium shores this morning. She did a little swimming, and a lot of goofing around with other dogs. Cassidy is happy to live in a city where a bluesrock guitar virtuoso is our patron saint. All heil Stevie Ray. All heil Austin.
Posted by J.S. at 12:24 PM