On Saturday we had to say goodbye to Cassidy. I really, really loved that dog. Still love her.  She'd been with me for 14 years, and she was family.  She'd been having joint pain and arthritis for a couple of years, though.  More recently her mobility had been extremely limited and she seemed to regularly be in varying amounts of pain despite efforts to control it through medication.
Even with all of this, she would still exert the effort to hop around the house and into the yard to be with me and the family.  Being with us always seemed to make her happy.  Being petted made her happy.  Being talked to made her happy.  Sitting in a warm sunbeam in the grass while we worked or played nearby in the yard made her happy.
These things kept her going up until the end.

Having been born missing a front leg, Cassidy always stood out, but the physical abnormality didn't really slow her down.  I adopted her on a trip to the Humane Society with my good friend, Jeff Wilson.  I called my dad at his office from the adoption center, I think inadvertently pulling him out of a meeting, to ask if I was crazy for adopting a three legged dog.
"What are the drawbacks?" he asked.
"She might not like long walks?"
He just laughed and lent his support.  Hop-a-Long Cassidy came home with me that day.
Throughout her youth and much of her adult life we spent a lot of time walking the neighborhood, swimming at Barton Creek, hiking on the green belt, going to dog parks, and just hanging out around the house.  When she was younger she slept in a blanket on my bed.  Later, she slept on a dog bed on the floor, but still in easy reach of where I was sleeping.

Back when my band, Mono Ensemble, used to play at my house, she would sit right outside the practice room, wanting to be as close to me and the guys in the band as she could handle, in spite of our ridiculously loud volume and her sensitive dog hearing.
When Jefff Wilson, one of my closest friends, was unexpectedly killed by a drunk driver, Cassidy was a therapeutic and loyal companion for me, accompanying me to the swimming holes and hiking trails near Barton Creek as I spent months and months working through my grief.  We would swim in the cold water and lay in the warm sun, sometimes listening to music and sometimes just listening to the water, enjoying each other's company.

Amy mostly only knew Cassidy in her later years, but when Amy first moved in we all used to go for walks together on a regular basis.  When Amy was studying for the bar exam, I would come home to find that Amy had taught Cassidy new tricks and had been playing hide and seek with her (one of Cassidy's favorite indoor games) during her study breaks.

The rest of my family loved Cassidy, too.  She spent a lot of time with Ryan and Jamie, and really enjoyed hanging out with their dogs, Scout and Lucy.  My parents took care of her on many occasions when I was travelling, and Cassidy and I road tripped to see them down in Spring many times before my parents moved to Austin.  Cassidy always seemed really happy to see all of the members of my family.
She was just a good friend.  Some dogs are just happy to get attention from anyone.  Some dogs are skittish.  Cassidy was neither.  She liked people, but could be slightly wary around them until she got to know them.  She was a very intelligent dog (perhaps owing to the Border Collie in her), extremely loyal, and brave.  Having three legs rarely deterred her from much (although later in life the arthritis slowed her down), and she would, on very rare occasions, get into a scuffle with another dog if it growled or snapped at her aggressively at the dog park.  I never saw her get into a scrap with a dog that wasn't considerably bigger than herself.  She didn't like fighting, she just didn't like being bullied. Really just wanted to happily play with other dogs.
She was not only brave, but stubborn.  I remember jumping off of a 15 foot tall bluff once into a swimming hole at a spot near Twin Falls, figuring I would get out and go back up to get Cassidy after cooling off.  There was a happy cheer from the crowd of swimmers a couple of minutes later after three legged Cassidy, overcoming her trepidation, refused to let me swim without her and launched herself off the small cliff into the water below.
Another time I remember a small boy approaching me at the Barton Springs spillover (a regular destination when it wasn't crowded).  Watching Cassidy clamber out of the water, he said he was amazed that she could swim so well.
He said, "That is amazing that your dog does that and only has three legs!"
Unable to stop myself, with a straight face I looked at the boy and then at Cassidy before responding, "Oh God!  When did that happen?  She had four legs when we got here!  Help me find that other leg!!"
The poor kid looked freaked out and looked like he was gonna cry, and I spent 10 minutes reassuring him that it was just a joke and Cassidy was fine.
Another time three hippie girls, dancing around in body and face paint and waving burning sage, told me they were blessing the creek with some kind of prayer or ritual or something.  They told me that Cassidy had some kind of incredibly strong karmic-cosmic energy, and they fawned over an extremely self-satisfied Cassidy for quite a while.  They were probably super stoned, but it was still a nice sentiment, and I told them I agreed about her karmic energy.
I'll miss sitting outside and playing my guitar with Cassidy for my audience.  She's probably heard more of my music than anyone else (I hesitate to say she was my biggest fan-but at least she didn't object!), and she used to jump up when I grabbed my guitar, hoping we would head outside.  She'd sit nearby and keep an eye on the yard while I played, happy to spend time together.
Despite being old, having three legs, and some pretty painful arthritis toward the end, Cassidy never snapped at or even growled at Raylan, even when he climbed on her or played with her a little too roughly (which we tried to prevent).  I think she barked at him one single time, from what I can remember, but even that sounded more like a sound of annoyance than a threat.  She could sometimes seem a little wary around rambunctious Raylan (hopping away from his curious touch at times), but she was also pretty patient with him, and he had some of his first lessons about how to be gentle and kind to other creatures while heaping affection upon her.
Anyway, I loved, loved, loved Cassidy.  She was a ridiculously smart, loyal, and loving dog.
There have been various posts on this blog over the years that have talked about Cassidy and shown pictures of her and talked about her, so I don't feel that I have to prove anything now.  I just love her, and I'm gonna miss her.  I can't stop reflexively looking around for her in the house to check in with.  If I'm up at night after Amy and Raylan are in bed, it feels weird and lonely to not have her around.  She was a really good girl, and she'll always be in my heart.
I love you girl.  I'll always love you.  People told me that you were lucky to be adopted by me, but, in truth, I was so lucky to have you.  You made my life so much better.  I'll miss you. 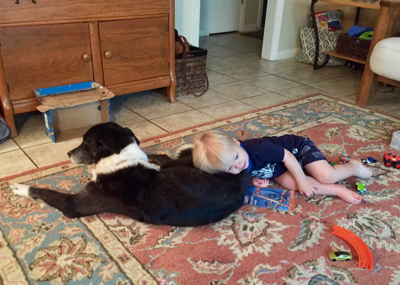 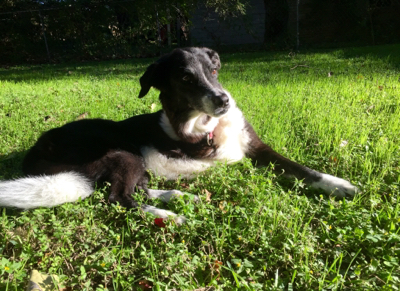 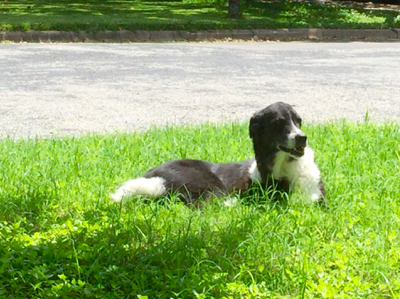 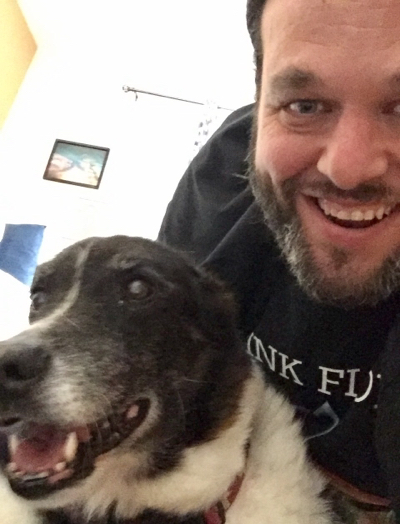 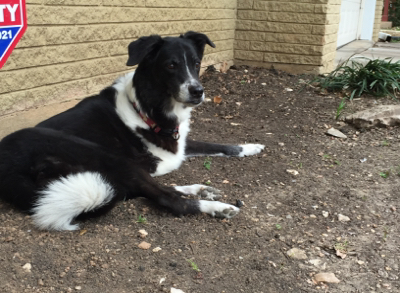 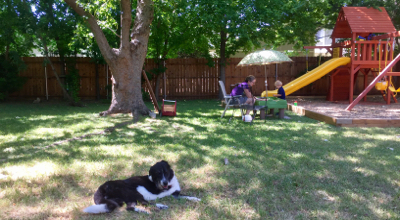 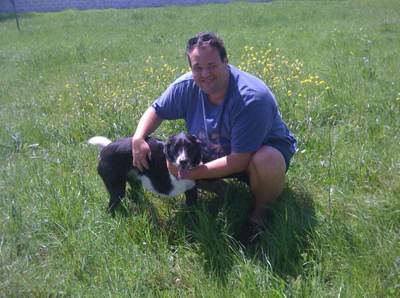 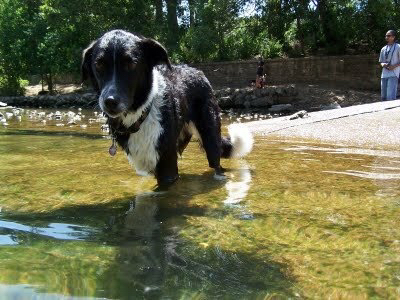 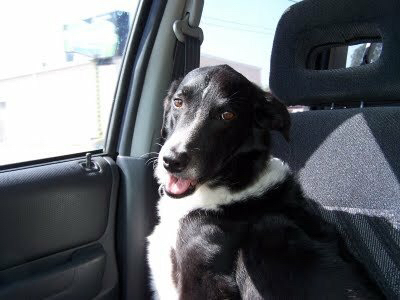 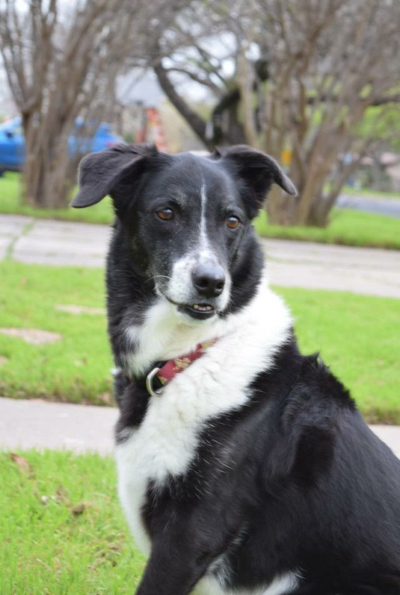 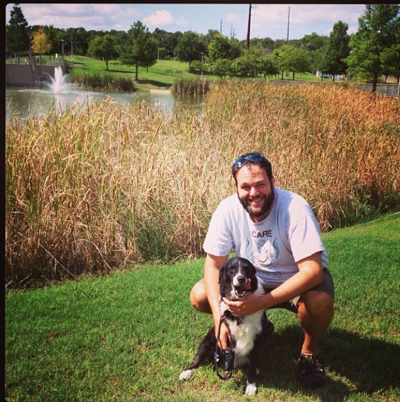 Very nice post, Jason. She was a good dog!

Thanks! She was a good dog.


Cassidy was a smart, sweet pup. She was an important part of all our lives and we will miss her. She may have been your very good friend, but she was also a very lucky girl in that you adopted and did a great job of caring for her, giving her a long and good life.

Thanks you. I did my best. She brought a lot of joy into my life.

Cassidy was such a sweetheart and a great match for you, Jason. I know you will miss her terribly, but hope you can take comfort in knowing she had such a wonderful life with you.

We were there with you when that kid was asking about the leg and it's still one of my favorite stories. Great memories at the swimming hole. <3

Thanks! She was always so happy to see you guys!

I loved that dog. She was as sweet as could be, smart as a whip and had a heart full of courage. Not too many dogs can carry a conversation, but she always could. And, man, did she love you. She *liked* me and Jamie, but she knew what was up and who was on her side. And you took care of her as well as anyone could. I am truly going to miss her.

Thanks. I miss her, too. Our house feels very different without her.