Hope everyone had a good weekend. Ours was pretty mellow, but good.
On Friday we didn't do much.  We hung out and watched some TV. 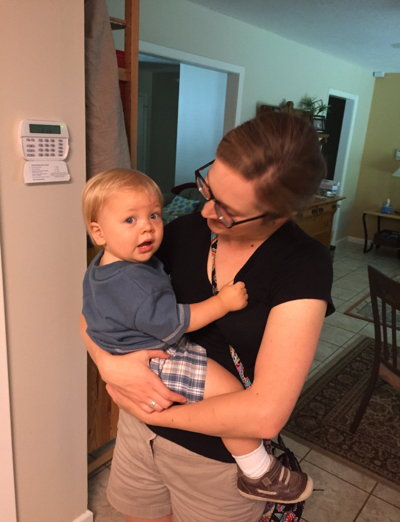 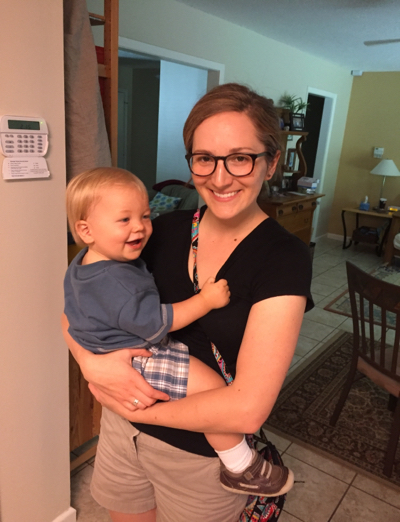 On Saturday morning we went to Strange Brew for the kiddie show and saw The Que Pastas.  They must be popular on the kid music circuit because the place was packed.  Raylan had a blast.  He wandered around, bounced up and down a lot, and occasionally even bounced to the music.


Saturday also involved some walks and a brief trip to the park (pretty soggy from our recent rain).  We also went grocery shopping together.  Raylan was good, and seemed to enjoy being out and about for the shopping experience.
Amy made fish sandwiches for dinner.  Tasty.

On Sunday we went out for breakfast to Juan in a Million.  We shared our Don Juan tacos with Raylan, which he seemed to enjoy, and he smiled at our waitress.  I've been eating at Juan in a Million since at least law school (so a couple of decades), and until I had a toddler I never knew that they opened at 7:00 a.m.!  Raylan has taught us a lot about the early morning weekend community here in Austin... 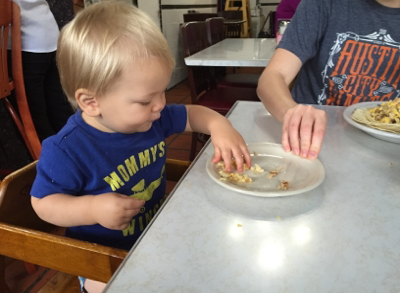 There was some afternoon playtime with Raylan. 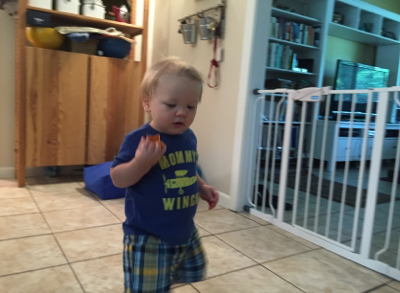 Amy's friend, Emily stopped by to hang out.  She spent some time with Amy and Raylan, and I took the opportunity to sneak out to run an errand at the mall.  Apparently Emily also got roped into reading some books to Raylan.  Raylan seemed to take to Emily right away, but even if there had been any doubt, reading to him has become a pretty surefire way to earn his favor...

I went over to Reed's house and played music with him, although we didn't have a full blown band practice.  It was fun, and I think we sounded good.  It was also nice to have a chance just to catch up with Reed.


Amy made a Mexican crockpot chicken dish on Sunday night.  It was really good.


We also watched Game of Thrones on Sunday.  Hodor died in a way that vindicated him after being a fairly one note (and, in my opinion slightly annoying) background character for many seasons.  It was one of those episodes that reminds you why you started watching the show in the first place.


And that was our weekend!


Hope everyone had a good one.