Hey there!  How's everyone doing?  Hope your week is off to a good start.
Things are going pretty well over at our house.
We had a good week last week and a nice weekend.

On one of the nights last week (was it Wednesday?) I made chicken dijonnaise.  I mention this because I usually am not much of a cook.  Actually, even this time, I had to have a fair amount of coaching and oversight from Amy.  Kind of embarrassing given that it's not a very complicated recipe, but I tend to lack the sense of timing and eye for detail that successful cooking often requires.  anyway, with Amy's help the chicken was a success!  I'll definitely try it again in the future. 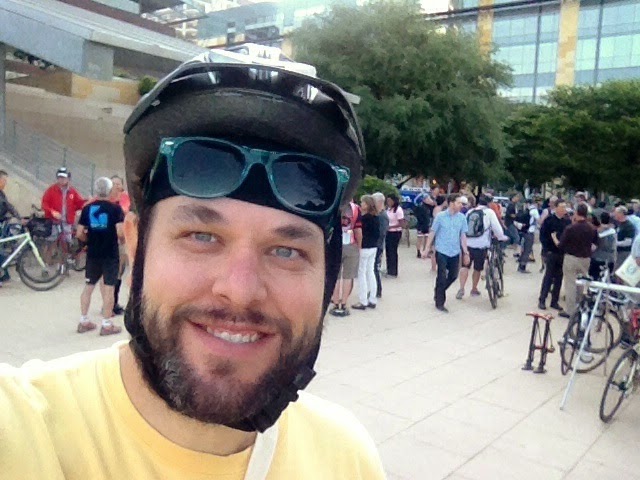 Friday was bike to work day, so I rode my bike to the office and back.  The weather was nice, which made for a very pleasant commute on the ol' cycle.  In the morning I stopped at the bike station at City Hall for a breakfast taco and to listen to some quick speeched by Councilmen Chris Riley and Mike Martinez.  On the way home I stopped at our neighborhood bike shop, Bikealot, and had a beer.  I met a couple of nice people from our neighborhood who bike to work.  Friday evening we had pizza for dinner (after Amy cooked pretty much every other night of the week).
After dinner I was sort of pacing around the house, until finally Amy said, "Yooou seem to have a lot of energy.  Why don't you go do something?"  I stared at her, trying to figure out if this was some sort of trap.  When eventually I realized that it wasn't, I rode my bike over to Strange Brew to catch 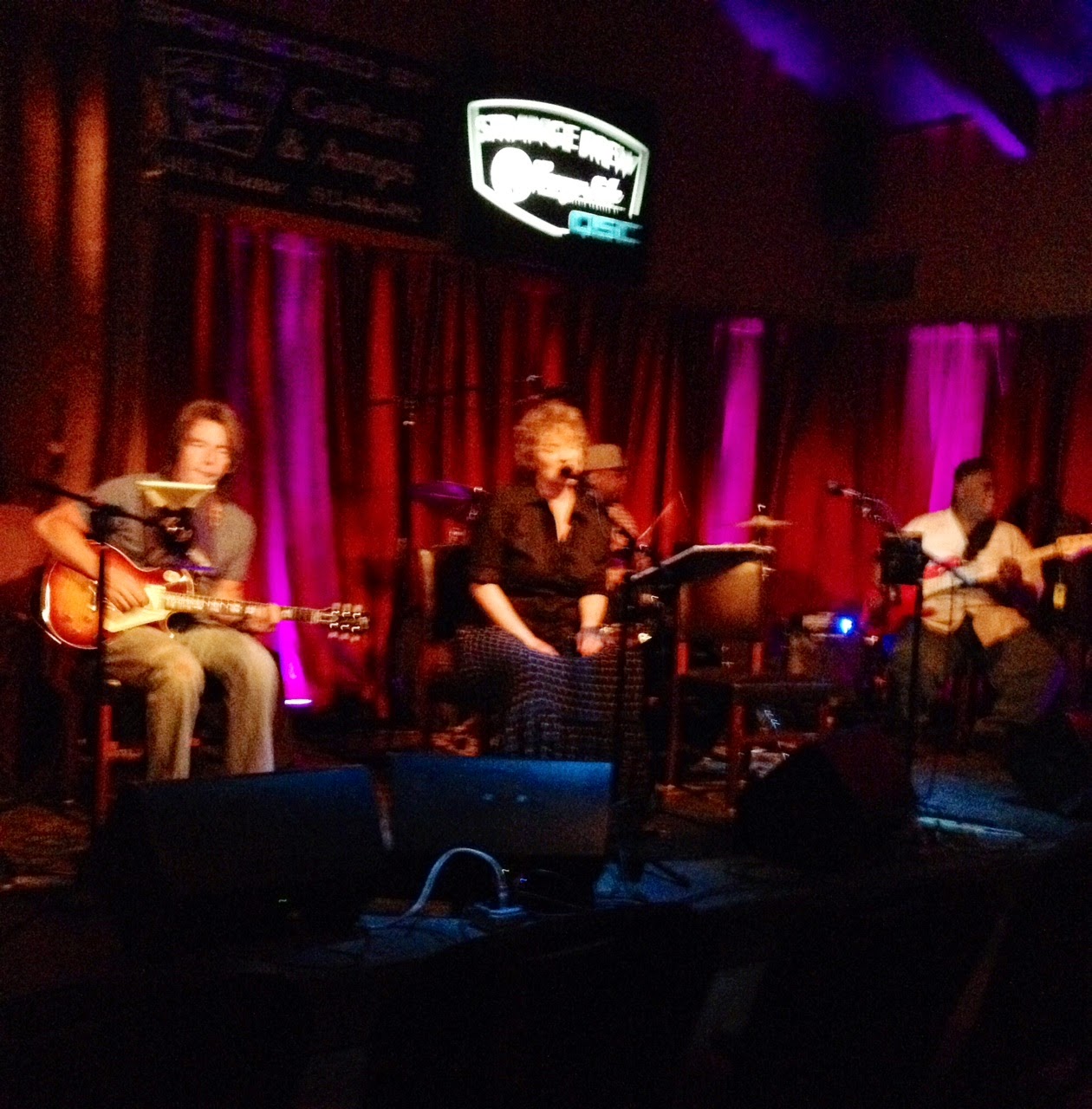 whatever band was playing.  It turned out to be Lisa Tingle.  I had never heard her before, but she was really good.  She's a really skilled singer with a powerful voice.  Her songs were sort of rocking, but not overly heavy or anything- strong, but soulful.  Her band was really good.  I hope to write a bit about the show over on my music blog later in the week.
I got home to find Amy quietly reading and probably grateful for a little time quiet time without me prowling around the house.  We had a nice evening.
On Saturday in the morning I did some shopping while Amy got some other stuff done around the house.
Later on we went to meet Ryan and Jamie to see Godzilla at the Slaughter Lane Alamo.  I would rate the movie sort of a medium.  (spolier alert) It seemed sort of interesting at the beginning, but then they killed Bryan Cranston pretty early.  It seemed like character development and interesting storylines pretty much died with him.  The early parts of the movie with Cranston's anguished nuclear engineer were much more interesting than the generic action-adventure blockbuster that the movie quickly devolved into.
Still, there were a few cool fight scenes, and Godzilla himself made for a good spectacle.  In the age of digital animation special effects are no longer, enough, though, and this movie fell woefully short in the story department.  Even though I thought this movie looked a little better than Pacific Rim, Pacific Rim ultimately had a much more compelling story (with the alien invasion via dimensional rift and the robot warrior pilots and whatnot).

After the movie I got some exercise and then we headed over to a housewarming party for our friends Matt and Britney.  Matt is a friend from Amy's office, and he and his wife have a very nice house up in Brentwood.  It was built in the 1940's, I think, but then remodeled around 2008.  Very nice place.  We had a good time hanging out with people from their office and other friendly folks and seeing the place.  Very nice of them to have everyone over. 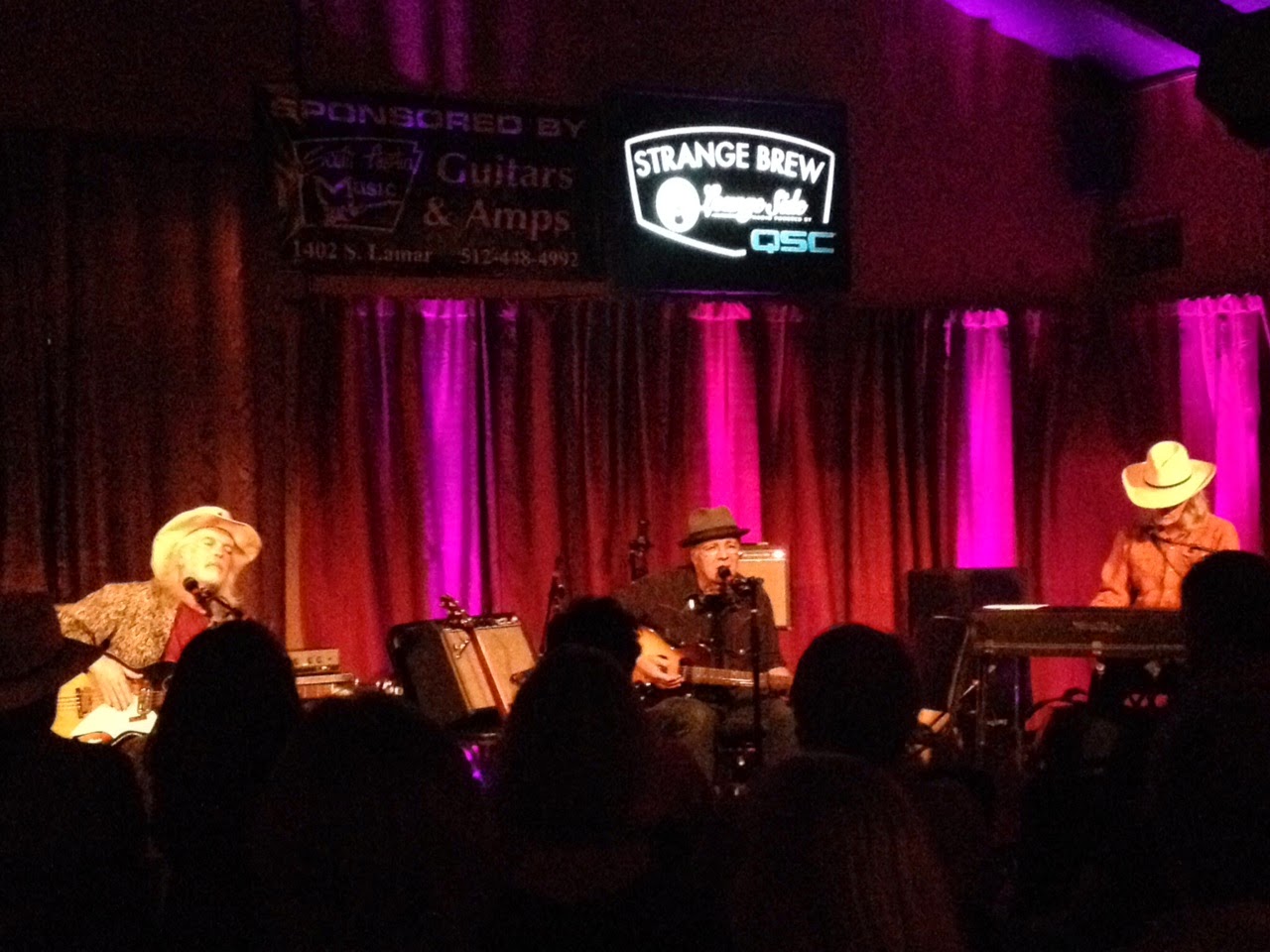 After the houeswarming shindig, Amy and I went to see Ray Bonneville at Strange Brew.  Ryan and Jamie joined us, which was very cool.  We got there, paid our cover charge, and settled into our seats just in time to be greeted by Don and Judy and Tom and Marlene, family friends that we've known since I was a kid.  It was really cool that they came out.  I had posted a couple of times on Facebook about Ray Bonneville being really good, and they took me at my workd and came out to see the show.  It was really fun to see them.
And the show was really great.  Ray Bonneville comes up with interesting tunes, is a good guitar player, and has a cool voice.  His songs range in style from blues to country to folk to zydeco, often overlapping a bit in terms of genre, but sharing a certain rythmic and vocal style that binds them together.  His subject matter is sometimes dark, but his songs are pretty mellow and nice to listen to.  I really like his music.  Once again, I hope to do some sort of review soon on ATX Note Book. 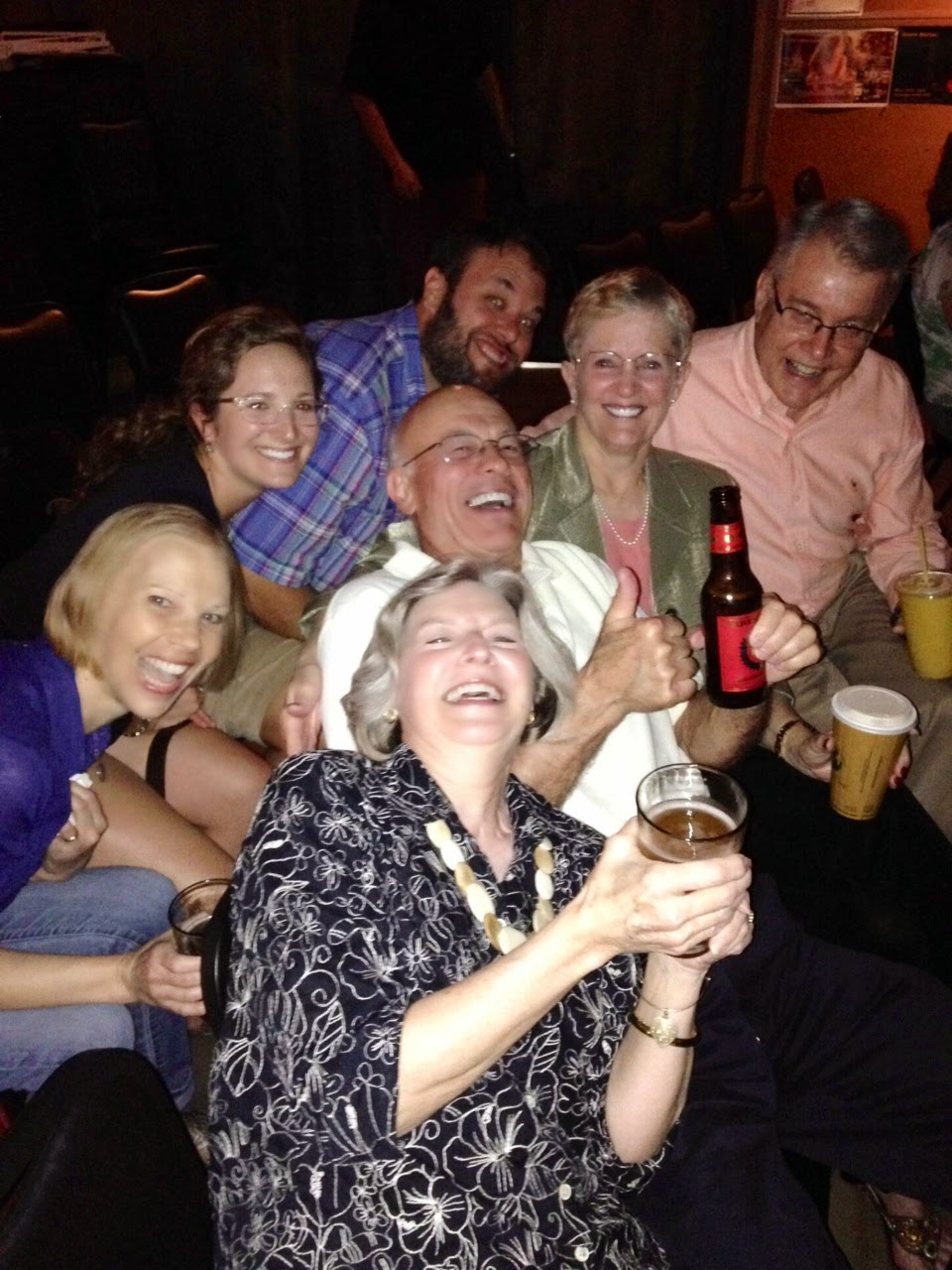 So we had a really nice time at the show.  It was nice for Amy and I to get a chance to hang out with Jamie, Ryan, Tom, Marlene, Judy, and Don.  I always like seeing live music, but it's even more fun to experience it with family and friends.  No doubt about it.


On Sunday we had a much more mellow day.  We went out for breakfast, went grocery shopping, took Cassidy to Garrison Park, and spent some time relaxing in the back yard.  We had chicken tacos for dinner, and we watched Treme.  We had a really nice, quiet day.

And that was pretty much our weekend!

Oh yeah!  At some point over the weeknd Amy finished this bell pull.  Very cool! 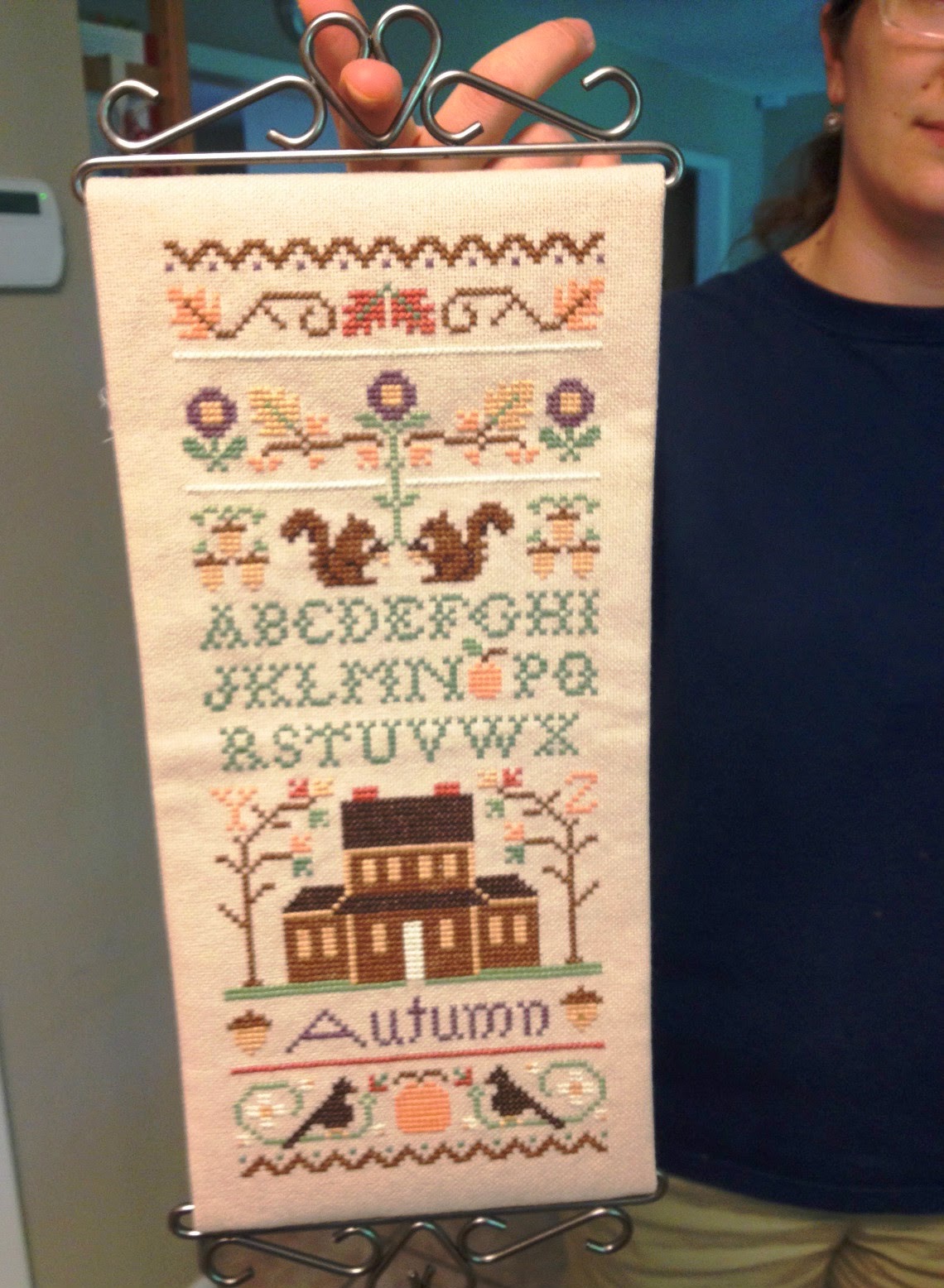