The weekend was pretty good!  It's been a little annoying that it's been so sunny and nice during the week, and then gets cloudy and overcast on the weekends, but...  a small complaint about what was still a good weekend. 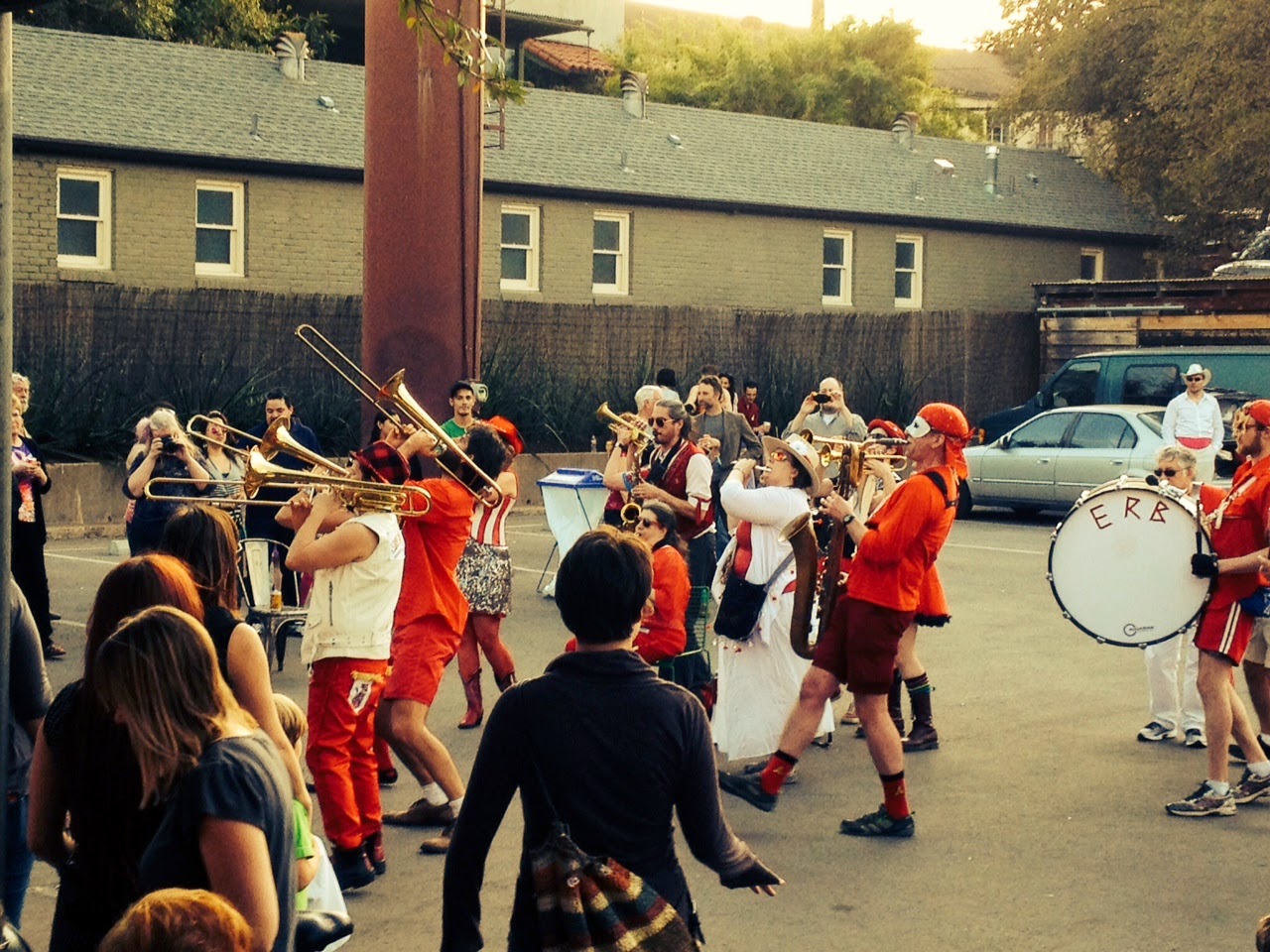 Friday night Amy stayed home to do some reading and hang out while I pedaled my bike down to South congress for the Honk Festival.  Honk is a brass band music festival that takes place in various cities across the country.  The brass bands involve trumpets, trombones, saxophones, bass drums, and most of the instruments that you might see in your typical high school marching band, but the groups are relatively small, and the music is more in keeping with a New Orleans second line parade.  The music is typically swinging and funky and fun, and people where costumes and dance and sing. 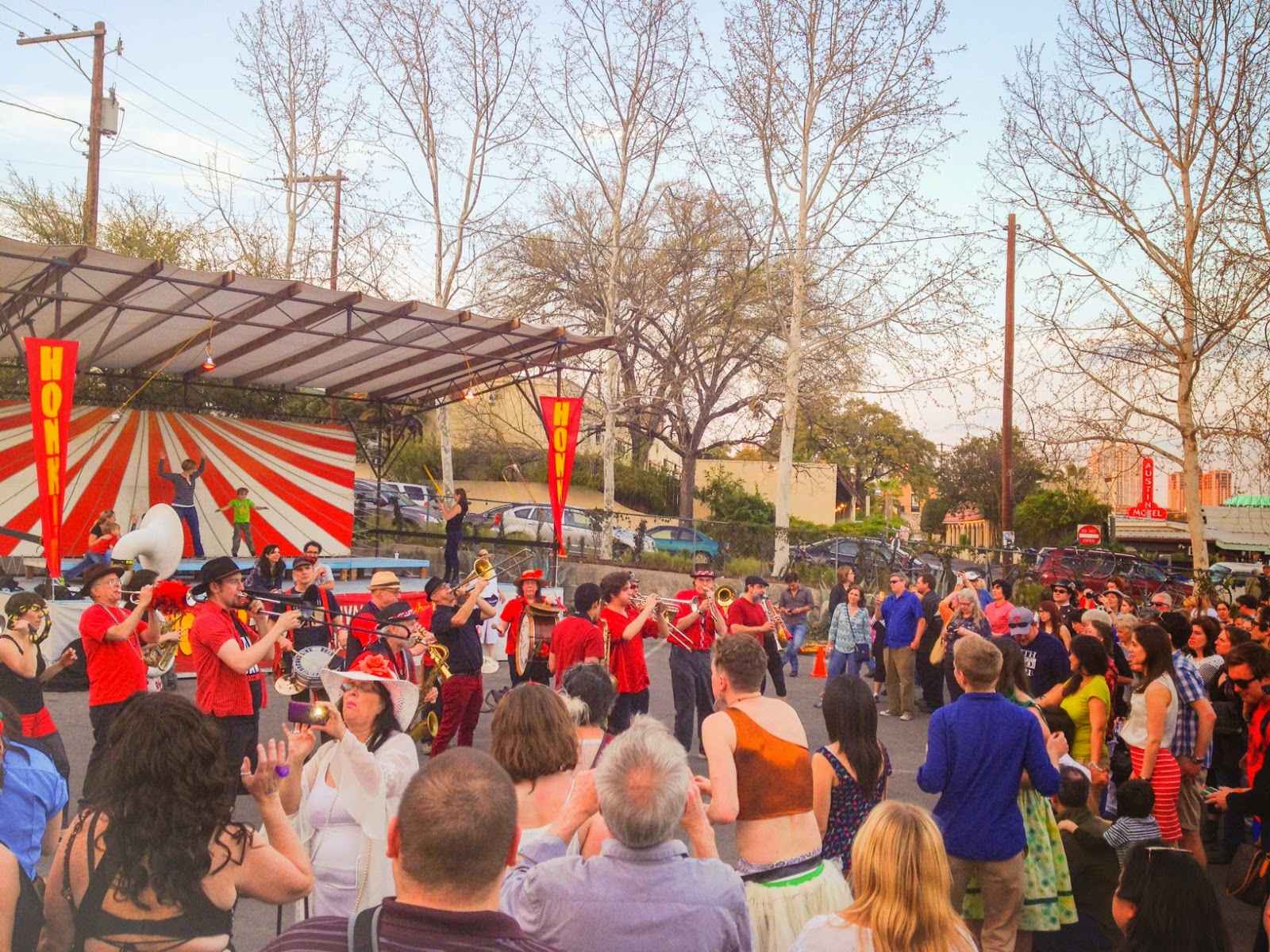 Honk Austin took place down on South Congress on Friday night, and in a more central location, near Spider House, on Saturday afternoon.  When I first got down there on Friday night, there was a sort of modest-sized crowd, but it steadily grew throughout the evening.  It was a good time!  There's something about those brass bands that just puts you in a good mood.  I'm already looking forward to next year. 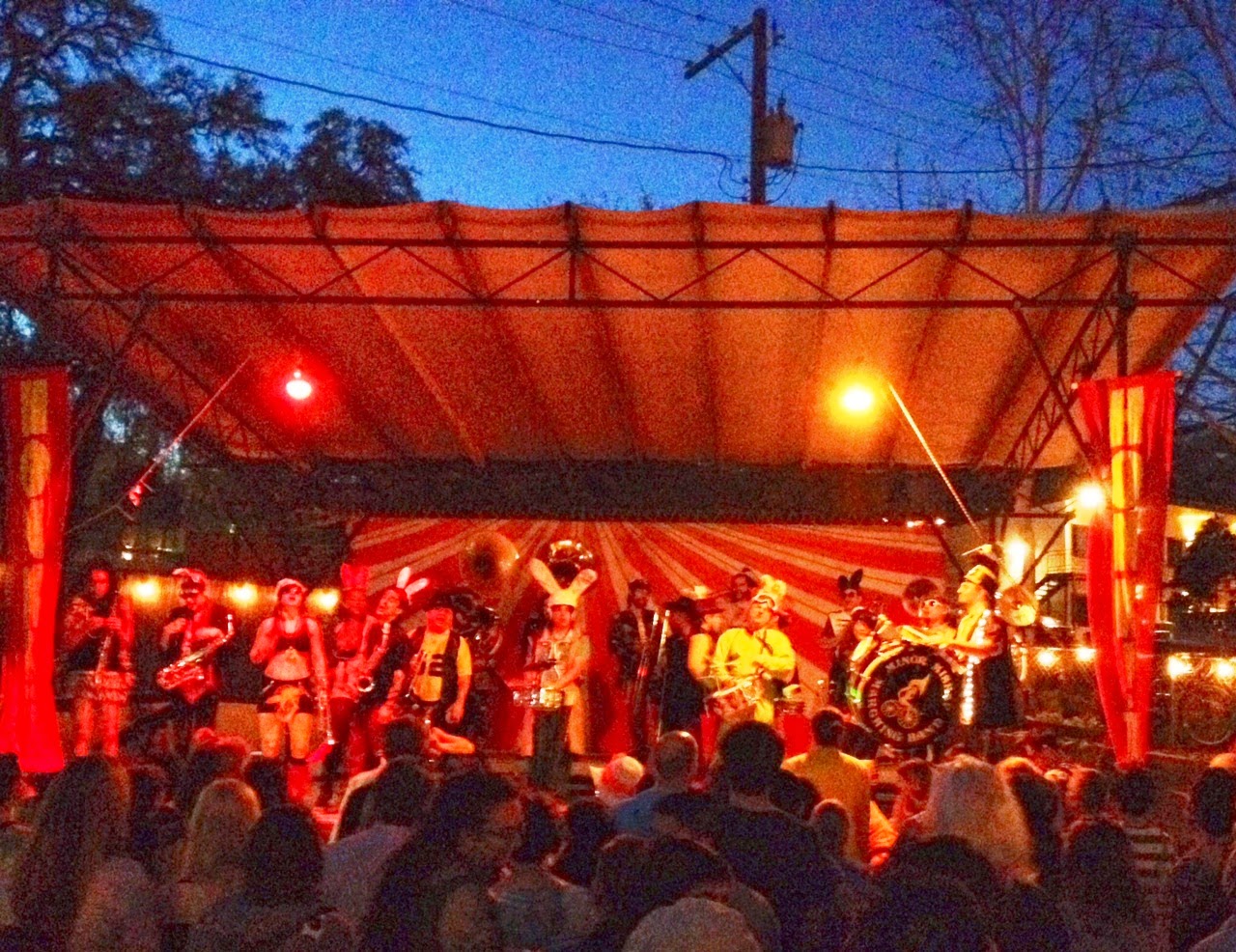 After the show I rode home.  I hung out with Amy and just about fell asleep in my chair.


On Saturday we went out for breakfast tacos, took care of some errands, got some exercise, and did some chores.  Saturday evening Amy and I went over to Ryan and Jamie's house to eat some barbecue in honor of Jamie's birthday.  It was a fun time.  Jamie's dad and my parents were there along with Matt, Nicole, and Juan.  Mom made some good barbecue, and Amy made some good eggplant dip, and Nicole made a cake.  Happy birthday, Jamie!


Sunday we went to see The Grand Budapest Hotel at the Alamo Drafthouse (thanks for the gift card, Sinex family!).  We both enjoyed it.  It had some moments that really made me laugh, and a few sort of poignant moments as well.  It was an amazing movie to look at, from an art direction perspective, and it had an interesting story.  I would rank it up there with Rushmore or The Royal Tenenbaums as being one of Anderon's better films (although Tenenbaums is still his masterpiece, I think).  Ralph Fiennes was great.

After the movie I had band practice at Reed's house.  It was good.  All of us made it.

That night Amy made tortilla soup.  As usual, it was awesome.  I am spoiled.

That was the weekend.

Greg and I saw Grand Budapest yesterday and loved it! I agree with you -- Ralph Fiennes was great.

Yeah, I think he's a really great actor! One of the better ones from his generation.