So we just wrapped up another year of ACL Fest.  It was a good year!

My parents took the kids overnight on Thursday through Saturday afternoon, so Amy could join Frank and I for the festival on Friday.

I'm going to write out the shows that I saw, really quick:


Joseph, Koffee, GoGo Penguin, a little bit of Billy Strings, CAAMP, Bruce Hornsby & The Noisemakers, a surprising amount of GRiZ, and some Silent Disco.  We listened to about one Mumford & Sons song.


The weekend was good.
It was hot, though.  Temps win the upper 90's, with heat indexes over 100.  I think they were saying it had been the hottest festival in 14 years.
I used to go to ACL back when they had it in September, though, anti was pretty much always that hot.  And now I'm older and smart enough to drink a little more water and occasionally hide in the shade.
Thursday night I went to dinner with Amy at El Naranjo.  It was really good.  We will be back.  My mom and dad had the kids.
Friday Amy joined Frank and I for Day 1.  It was a nice day.  The Raconteurs were probably the standouts.  Rock.  And.  Roll.  I coulda watched them another hour.  Palm Springsteen and Jenny Lewis were also good.  Oliver Tree was bizarre.  We ended up standing by his stage, and that guy was weird. 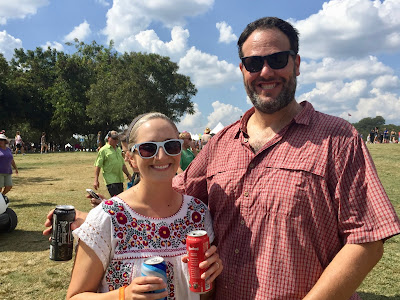 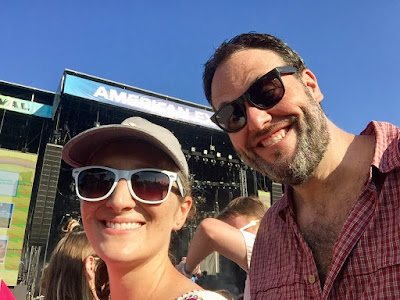 On Saturday morning I met up with my parents and the kids at Raylan's soccer game.
It was great.  Raylna seems to really be having fun learning to play soccer, so that's fun to watch.
Later, Frank came over, and we headed back out.
On Saturday Men I Trust, Brittany Howard, Metric, and Gary Clarke Jr. were all good.
Childish Gambino was an outstanding headliner.  Really high energy, a great backing band (with some amazing backup singers).  Great show.  We watched a lot of it.
Eventually we watched a few Cure songs.  They were good, too, but we were tired and didn't stay too long. 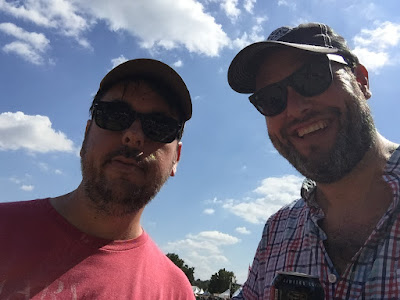 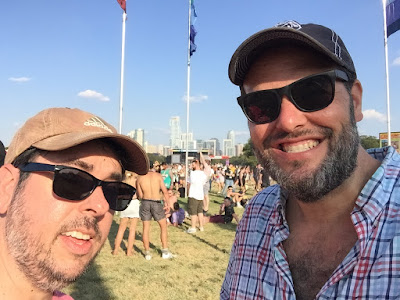 On Sunday we got up.  I played`yed with the kids and took them to the park while Amy picked up groceries and exercised.

Sunday was also good.  Gogo Penguin was sort of a standout.  They were a sort of jazzish band from the U.K..  Amazing musicianship and composition.  Kind of intense.  CAAMP was also good, and so were Bruce Hornsby & The Noisemakers.  Frank got me to go to Silent Disco.  I'm still wrapping my head around that experience. 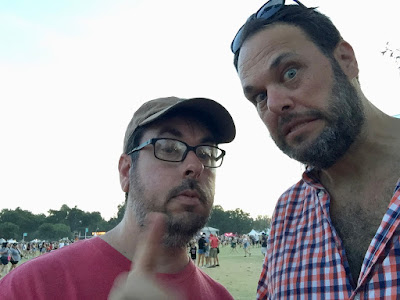 It was a good ACL!  I'm not gonna lie- I'm hoping for cooler weather next year, but, in the end, the heat was manageable, and we heard some good music.  Thanks, as always, to Frank for being my wingman and to Amy for both going on Friday and helping out with the kids on the other days (and big thanks to my parents for that as well).   At this point, ACL takes a village.

Have a great week!