So, it's been a little quiet lately on the blog.
Amy gave birth to Raylan Davis Steans on April 20, 2015, at 11:57 p.m.
He was born at St. David's hospital.  Amy was in labor for over 20 hours and then gave birth to Raylan by way of ceasarean section just before midnight.  He was 7 lbs. and 2 oz. at his birth.  I can't remember exactly how many inches, but twenty something.  The nurses commented that he might end up being tall because his hands and feet were a little on the bigger side (although with me standing there, they didn't have to go too far out on a limb to hazard a guess that he might have a tall gene somewhere in there).
Raylan spent his first few days after birth in the NICU to address some issues related to labored breathing right after his birth.  Amy spent a few nights at the hospital recovering from her C section.  With the help of some breathing assistance, though, Raylan improved rapidly and was ready to come home by Friday.  Amy recovered pretty quickly, also, and has been doing very well since she got home.


Raylan's arrival has been one of the biggest, best moments in my life.  Aside from getting married to Amy, there haven't been many events that have made me as profoundly happy.  I'm sleep deprived, I spend lots of time changing diapers, feeding, and burping, and I couldn't be happier.  As I told one of my friends in an email, having the baby hasn't always been easy at every moment, but it's always been really good.
The family seem to really love Raylan, and he seems to love them right back.  It's been great having so much support from both sides of our family.  Jean was out here for Raylan's birth and then stayed for almost a week.  She's back here again now, helping out as I transition back to work and Amy is at home with the baby.  My mom, Karen, spent several nights with us as well, and has been coming over almost every day.  Dad (Rick) has been coming to visit, too, and has helped out.  We also stayed comfortably with Mom and Dad for a couple of nights while we got some foundation repair work done at our house (under the assumption that babies and jackhammers don't mix).  Ryan and Jamie met Raylan and spent a little time with him before jetting off to Hawaii for a week.  Susan and Ciara also stopped by to meet him.  Amy has been talking to Heidi, getting parenting tips from Arizona and Skyping with her so that Raylan and Joanna could meet (baby teleconference!).


In short, everyone has been great.  We truly, genuinely appreciate the support.  We look forward to having Raylan grow up in the company of such great people.


It's hard to know what to say about the birth of your first child without the sentiments sounding sort of clichéd.  I guess it's bound to be that way.  Every person on earth pretty much arrives here the same way, and still the experience is unique and personal and critically important to the people involved each and every time.


I've been really amazed and impressed by Amy as she's gone through this whole process.  Once again, having a baby hasn't always been easy, I know, but it's been really good, and Amy's handled everything really well.  I'm reminded how lucky I am to be married to her, and slowly Raylan will come to realize how lucky he is to have her as his mother.


And Raylan is amazing.  I still can't get over all of his facial expressions and the way that he looks around, studying the world.  His eyes scan around, taking in faces, shadows, shapes, light and darkness.  He loves to be held, and he loves the voices of the people in his life.  They say he can't really control his smiles yet, but he smiles when he's happy, and so that's quite a bit.  He sleeps a fair amount, but when he's awake, he's wide awake.  So far he doesn't cry all that much, other than when he's hungry.  He makes grunting and chirping noises, but he doesn't cry very often.  (knock on wood)


So we're happy and healthy.


I'm gonna keep this post pretty short, mostly just because I don't have much time to write a longer one at the moment, but I'll update it down the road.  Having a child in the family is a big event.  I'm not sure I've even processed it all yet, let alone gained the perspective to do it justice through a blog post.


At any rate, I'm not particularly religious, but I feel blessed these days.  God, the universe, karma, or life in general has been good to me, and I do not take it for granted.  I'm extremely thankful.


Hopefully I can pay back some of the good things that have come my way by doing some good things for other people.
Seems like the least I can do.
Peace. 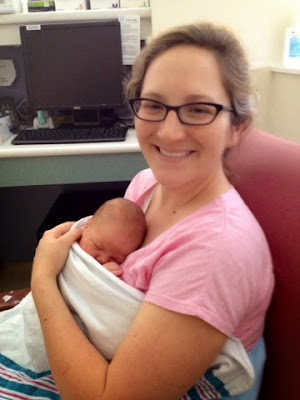 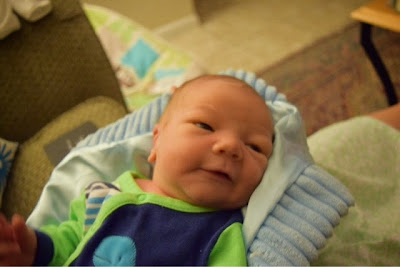 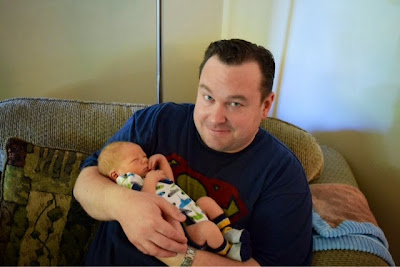 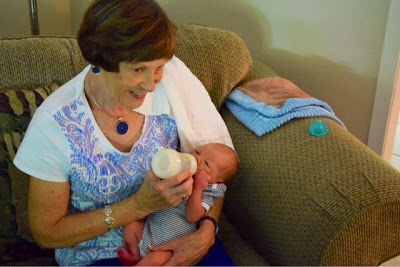 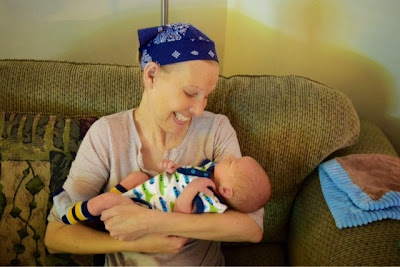 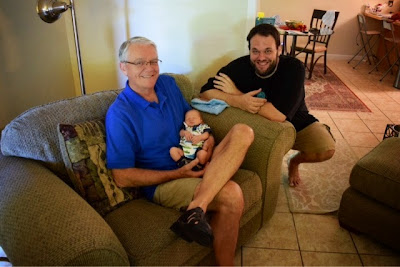 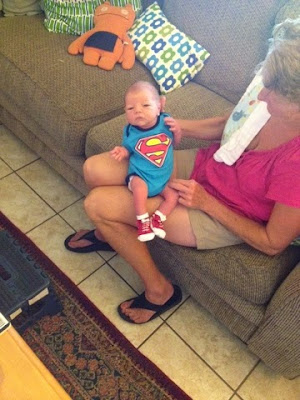 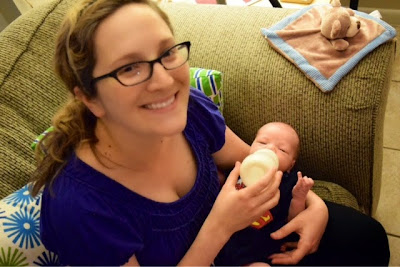 So happy that Raylan is here! Parenting is definitely the hardest and most rewarding adventure of all. Enjoy every minute, encourage Amy to call whenever, and we are looking forward to meeting Raylan soon!

Hooray! So happy for you and Amy! Young Raylan could not have asked for better parents.

Thanks!! Raylan is lucky to have such a great family.