Things have been busy with us.  Work's been busy, and home's been busy.
Last week I went to South Padre Island for a law seminar with people from work.  It was a pretty good trip, as work outings go.  The classes were decent (I've been to better, but they weren't bad).  I had a fun time hanging out at the each with my co workers, and our office put us up in a really nice condo tower called The Bridgepoint.  I shared a three bedroom unit with Bill and John.  We had nice weather while we were down there, despite predictions of rain before the trip.  I think late September through early October is a really great time to go to South Padre, weather wise, unless you end up getting a hurricane.


I was gone from early Wednesday through Friday evening.
On Friday night I got home.  Amy's mom, Jean, was staying with us.  Amy made a delicious jambalaya dinner Friday night, and it was great to be back home and hang out with her and Jean.
I slept hard.
Saturday involved tacos at Maria's and a quick trip to check out the boardwalk on the hike and bike trail at Town Lake.  In the afternoon I went out to see my parents for a little bit, and then came and took a bunch of old videogames and gaming systems to Game Over Videogames (a pretty cool store that deals in vintage videogames and gaming systems).  I traded in a bunch of stuff and got some store credit.  Saturday night we went out to dinner at Chuy's.
Sunday Jean left to head back to Phoenix.  Amy and I did shopping and chores.  I was feeling sort of run down (maybe a combination of allergies and still feeling tired after my trip), so I skipped out on band practice.  We watched the new Ken Burns documentary about the Roosevelts, and went to bed.  That Roosevelts documentary is really good.  They were interesting people.  It's hard to believe that one family could hold so much presidential power in the U.S. for such an extended period of time, but between Teddy and FDR, the Roosevelt held the presidency for almost 20 years, and Eleanor ended up being one of the most influential first ladies of all time, with an active political life that lasted long after her husband's death.
Watching the documentary, hearing about their personalities and the little controversies and rumors that were inevitably stirred up (as well as some of the moral conundrums that they faced), I honestly felt like it was impossible to judge them on the strength of their personal character.  They came from wealth and privilege, but they also lived out almost their entire lives under the sort of public scrutiny that comes with such position.  Ultimately I feel like you just have to judge them on the work that they left behind.  They guided us through wars and fought for sweeping and unprecendented social change.  It would be easy to be dismiss such efforts as misguided or naive if they hadn't been successful in so many ways (not in every way- but often enough to definitely lend a tremendous amount of credibility to their worldview and philosophy of governance).
Anyway, we watched The Roosevelts.  I haven't seen all of the episodes, but I've seen enough to know that I highly recommend it if you can find the time.

And that was it.  Life's been busy, but good. 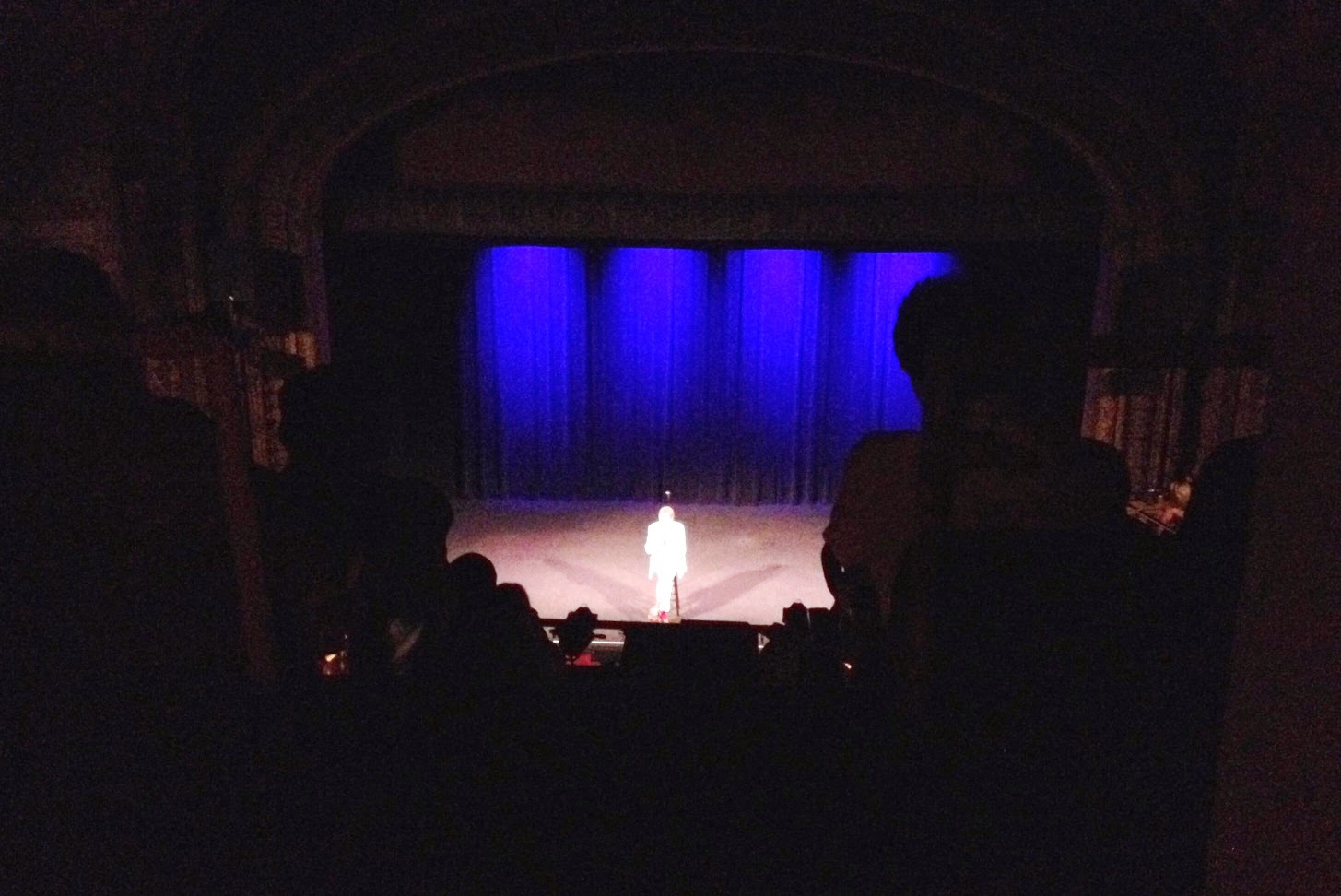 Last night my friend Laura gave us tickets to see Garrison Keillor at the Paramount because she didn't go.  It was really good.  He has a unique ability to tell stories and anecdotes that are funny, poignant, and powerful, and often all at the same time.  Philosophy wrapped in narrative.  Social commentary disguised as gentle, old-fashioned humor.  I'm really glad we got the opportunity to see him, and the Paramount seemed the perfect venue to catch his performance.  We don't have many people who can tell stories that way these days, and when Keillor finally retires, we're going to lose not only an important cultural icon, but an important thread in the social fabric.  I don't know who, if anyone, is going to step forward to do what he does.  In the internet age of point and click and 15 second YouTube clips, it's hard to imagine someone trying to learn to entertain people for hours at a time simply by spinning yarns.
Anyway, it was a lot of fun.
Thanks to Laura for the tickets!!

Hope everyone is doing well!