Hi there.
Just thought I would check in for a minute.
Our weekend was very low key.
We just sort of did chores and did a lot of hanging out, for the most part.

On Sunday we managed to make it to Garrison Pool.  It was really hot outside, but the water felt nice.  It's just a plain old city pool, but somehow the water was still reasonably cool, despite the Auguast heat.  Turns out it was the last day that Garrison Pool will be open to the public this summer, so I was really glad we made it.  On the way home we stopped off for snow cones.  Lemon lime.  Real lime.

The show was good.  Sarah Jarosz was the opening act, and she played a really good set.  She played with just a fiddle player and a cellist, singing all of the songs herself.  Neither Amy nor I had ever seen her live, but we're both big fans of her music.  Honestly, her music was probably just as good as the Nickel Creek performance, which was really cool, given that she's a local talent and was playing for her hometown crowd (I think she's actually from Wimberly, but close enough).  She's a very talented musician, as well as a good singer.  I'd like to go hear a performance sometime where she's the headliner, but it seems like she hasn't been swinging through Austin all that often lately.
Nickel Creek was, of course, also very good.  Frankly, I'd heard more about them then I'd actually heard their music (I won their greatest hits, but that's about it).  They're extremely talented musicians, (Chris Thile is a prodigy on the mandolin), and their vocal harmonies are outstanding.
I've been a fan of Punch Brothers and have seen them a couple of times live (another band featuring Chris Thile).  It feels like both Punch Brothers and their predecessors, Nickel Creek, are genre blenders and expanders when it comes to the folk/bluegrass/singer-songwriter scene.  Their music is strongly rooted in folk and bluegrass traditions, but displays complexity and stylistic choices that push it beyond the boundaries of those musical forms.
It's easy to see why the members of both Nickel Creek and Punch Brothers are attracted to bluegrass music.  It's a style that utilizes and celebrates technical prowess, and the members of both bands are extremely talented musicians and singers. 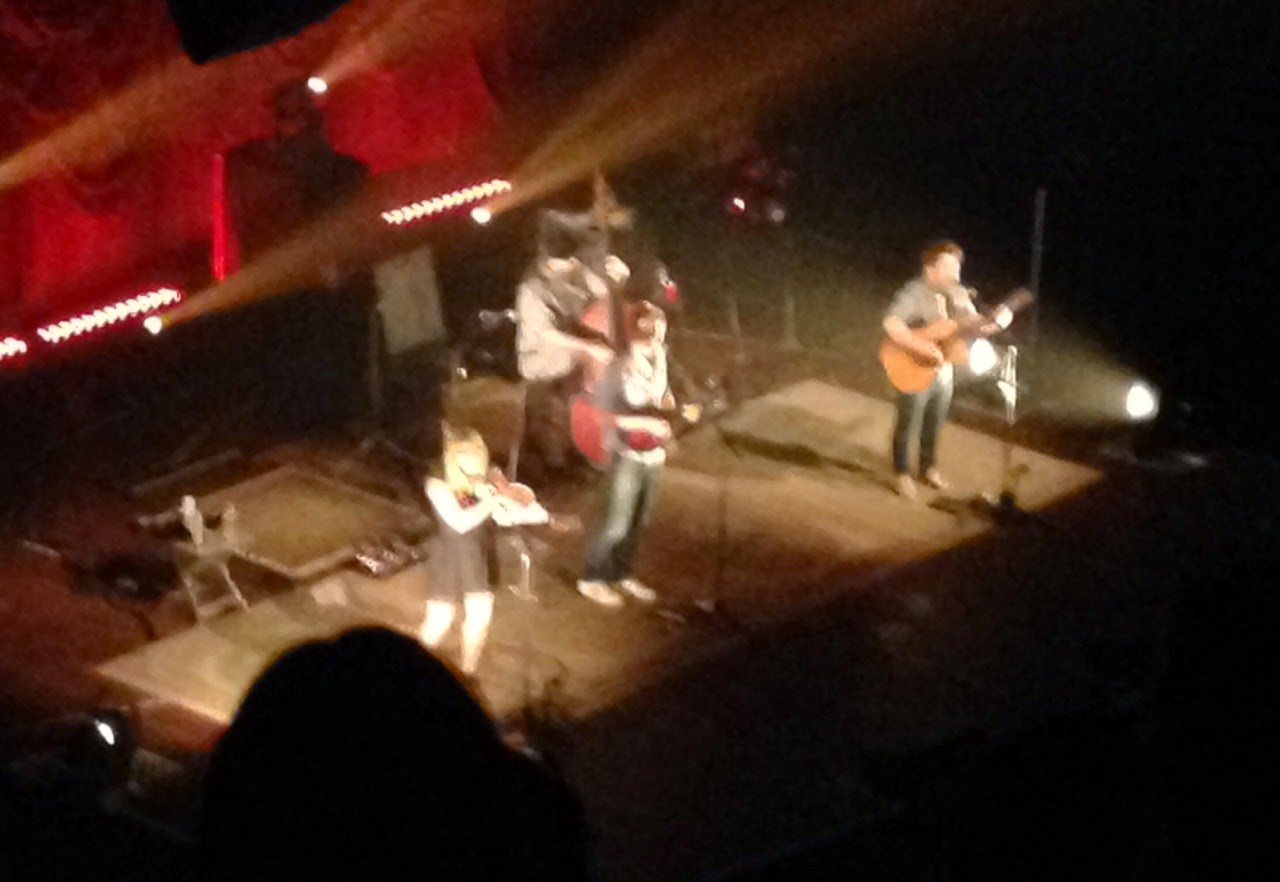 But Nickel Creek wanders, stylistically, into areas reminiscent of pop, rock, and, in certain moments, even a bit of a classical feel.  Punch Brothers at times sounds like bluegrass folk jazz.  Or maybe progressive bluegrass.  Prog grass.
At any rate, Nickel Creek's geneaology includes not only their direct descendents, Punch Brothers, but acts like Milk Carton Kids and, of course, Sarah Jarosz.  Many others aspire to a similar level of performance, and some come close, but most just don't the technical chops.
As an amateur, wanna be musician, I go see quite a few bands.  There are a lot of shows where you walk away at the end impressed by their stage presence, their songwriting ability, and maybe their ability to play well as a cohesive unit, but you're not always super impressed by the level of talent (which is ok!  It's not appropriate to incorporate flashy technical skill into every style of music).  While watching both Nickel Creek and Sarah Jarosz, there were very few, if any, moments where I found myself thinking, "I could do that..."
Both acts had a really high level of technical skill, and both acts made their performances look easy.